Reaffirmation of the General Presbytery's Position on Marriage in light of the increasing abandonment of Biblical teaching on the matter.

As apostasy from God and His Word deepens in our nation, all kinds of immorality abound throughout society. The consequence of every aspect of this increasing immorality is that God’s institution of marriage is constantly treated with scorn as a sinful people give vent to their corrupt lusts.

Sadly, in a relatively short period of time, there has been an alarming abandonment of the teaching of Scripture on marriage as ordained by God. This contempt for Biblical marriage includes, not only the abandonment of it as a divine institution, but also direct attack upon it in the promotion and acceptance of so-called same-sex marriage.

Currently there is an increasing lobby for its legislation in Northern Ireland. Those who spearhead this lobby do so in defiance of God’s moral law and with arrogant contempt toward those who wish to honour the Lord’s revealed will for marriage.

Moreover, this attack upon the divine institution of marriage, through favour and acceptance being shown toward same-sex marriage, is witnessed in varying degrees among visible bodies within professing ‘Christendom’ in the UK.

In such a day it is the duty of every section of Christ’s Church to remain faithful to Scripture on the subject of marriage and to reaffirm in a public manner a clear, Biblically-based position on this issue. That is the purpose of this position paper as formulated by the Officers of the General Presbytery of the Free Presbyterian Church of Ulster.

We believe that this reaffirmation is in keeping with the ordination vow taken by all ministers and ruling elders in which they promise before God to believe “…the Scriptures of the Old and New Testaments not merely to contain but to be the verbally inspired Word of the Living God, the only infallible rule of faith and practice.”

This vow in relation to Scripture binds our consciences on what God has revealed about the institution of marriage.

GOD’S INSTITUTION OF MARRIAGE
In Genesis 1:27 Moses writes – “So God created man in His own image, in the image of God created He him; male and female created He them.” This is a general statement of the creation of man in God’s image but stressing distinction of gender. In Genesis 2 the Holy Spirit gives us some of the finer details, not only of human creation but of the institution of marriage also. The account of the two events melt into one as is especially seen in the record of the creation of Eve.

The striking fact is that while Eve was taken from Adam in her creation, she was then joined to him again by the act of marriage. This is the import of Adam’s words in v.23 – “And Adam said, ‘This is now bone of my bones, and flesh of my flesh.” Adam’s words indicate that the beautiful creature brought to him by God was of the same species and nature as he possessed; a human being like him. Yet at the same time he knew that there was a difference, indicated by his next words – “…she shall be called Woman, because she was taken out of Man.”

In our English translation, but even more especially in the Hebrew original, it is seen that the man and the woman, while the same in nature, were different in gender. The Hebrew word for ‘man’ is ISH – one sense of the word being that it signifies husband. But the Hebrew word for ‘woman’ is ISHA – indicating one who is designed by God to be a wife.

The clear message is that the creation of Eve paved the way for the divine institution of marriage. God’s intention for marriage was that marriage would be constituted by two human beings coming together; but two people of different genders – male and female, as the Hebrew words ISH and ISHA signify. This fact is then reinforced by the divine comment in v.24 – “Therefore shall a man leave his father and his mother, and shall cleave unto his wife: and they shall be one flesh.” Again, the word for man in this verse is ISH. The word for ‘wife’ is the same Hebrew word as for ‘woman’ in v.23.

So, the verse could be read – “…a husband shall leave his father and his mother, and shall cleave unto his woman and they shall be one flesh.” The Genesis 2 record of the divine institution of marriage is fundamental to a Biblical view of marriage. It undergirds all that the rest of Scripture has to say on the subject. It contains the implicit warning that any attempt to erode God’s revealed will for marriage – such as is inherent within same-sex marriage – will bring His just displeasure.

In addition, Genesis 2 makes it incumbent upon Christ’s Church to be the voice for God’s institution of marriage when that institution is under virulent attack by the same-sex marriage agenda.

CHRIST’S PROPHETIC WARNING ABOUT THE LAST DAYS
The Lord Jesus Christ, the only Head of the Church, in Luke 17:28-30 delivers teaching that shows that the sin of same-sex or sodomite practices will mark the last days. In these verses the Lord draws a parallel between the days of Lot and the time of His Second Advent.

In the course of what He teaches, the Lord specifically verifies the historicity of the destruction of Sodom. He declares – “…the same day that Lot went out of Sodom it rained fire and brimstone from heaven, and destroyed them all.”

Certainly the focus of Christ in Luke 17 is on the sudden destruction that will come on sinners at His coming just as sudden destruction came on the people of Sodom. However, other Scriptures such as Genesis 19 make it exceedingly clear that the sin for which the people of Sodom and its partner cities were destroyed was the sin of same-sex alliances.

Therefore, in the parallel that Christ draws in Luke 17, there is surely the inference at least that the sin that brought God’s wrath on Sodom will characterise the times that precede His coming again. In the light of the global acceptance of same-sex or sodomite behaviour, Christ’s Church would do well to heed His prophetic warning in Luke 17.

GOD’S ABHORRENCE OF SAME-SEX SIN ABOVE OTHER SINS
Our Shorter Catechism teaches that while every sin deserves God’s wrath and curse, yet there are some sins that are more heinous than others. Scripture leaves us in no doubt that same-sex partnerships at any level constitute sin that is heinous in the sight of God and is utterly abhorrent to Him.

It is a sin that God specifically abominates, Leviticus 18:22; 20:13. The language used plainly speaks of a sexual alliance between men; and declares that “…they have committed an abomination.”

In Romans 1:24-28 Paul describes the state of the Gentile world of the 1st century. His description plainly refers to same-sex sin on the part of men with men and women with women, vs.26-27. His exposure of this sin reveals that when nations and peoples are overrun by such sin it is a sign that they have been abandoned or given up by God.

In Jude v.7 the sinners of Sodom and its associated cities “…are set forth for an example, suffering the vengeance of eternal fire.” It is very striking that while the Spirit could have presented other Old Testament examples of sinners enduring such suffering, He chooses Sodom and its allies. His choice underlines the divine abhorrence of same-sex sin.

FORGIVENESS FOR ALL WHO REPENT OF SAME-SEX ALLIANCES
While Almighty God abhors the sin of sodomy and will judge all who refuse to repent of this sin, yet He is merciful to those who turn from it and seek forgiveness through Christ’s one atoning sacrifice. This is the clear teaching of the Spirit of God in 1 Corinthians 6:9-11. The sin of sodomy is in view in the particular sins that Paul highlights.

In v.9 the Apostle includes those who are “…effeminate,” and “…abusers of themselves with mankind.” These terms refer to both passive and active participants in same-sex relationships; thus debarring those who are guilty from entering the kingdom of God. However, v.11 gives the assurance that where there is repentance from such sin, for the penitent one there is cleansing from this sin, to be set apart to live a holy life through Christ, accepted and declared righteous by God in justification.

CONCLUDING AFFIRMATION
In the light of these Scriptures this Presbytery affirms: 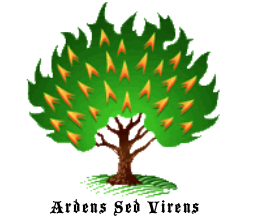