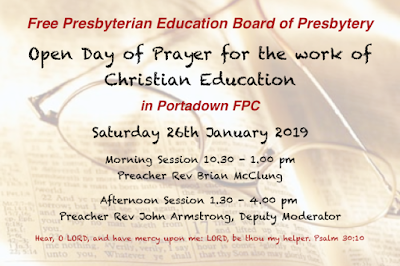 Posted by Rev Brian McClung at Saturday, January 19, 2019 No comments: 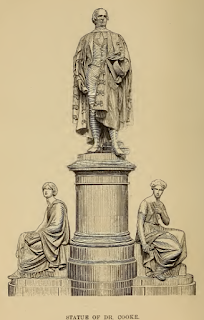 Dr Henry Cooke also battled for a thoroughly Christian, Bible based education for the children of Protestants during his ministry.

In 1824 Sir Robert Peel instigated the setting up of a Royal Commission on Education, and the subsequent Select Committees of the Lords and Commons to: inquire into the nature and extent of the instruction afforded by the several institutions established for the purposes of education, and to report as to the measures which can be adopted for extending generally to all classes of the people the benefits of education.

Henry Cooke and the Synod of Ulster opposed the recommendations which came from the Royal Commission. His opposition centred around the exclusion of the Bible from the system of education being proposed.

Motto Text for 2019 is from 1 Timothy 4:7-9: …exercise thyself rather unto godliness. For bodily exercise profiteth little: but godliness is profitable unto all things, having promise of the life that now is, and of that which is to come. This is a faithful saying and worthy of all acceptation.

Stats for 2018 [Tenth anniversary of the Blog]