The subject of Europe is very prominent in the news at present and that interest has only increased not diminished since the outcome of the EU referendum has been decided.

We are constantly being told by all political leaders what this result means? what is going to happen now? and where it will all lead? It seems that everyone has an opinion to give or a statement to make on the subject! All of which has only led to greater confusion, division and uncertainty.

But the question that should concern us as Bible believing Christians is -- What saith the Scriptures? What does the Word of God have to say on the subject of the future of Europe? That should be our response to every situation and subject in life and our nation's membership of the European Union should be no different.

Despite what many think or say, even many Christians, the Word of God has much to say about the future of Europe and the Nations around the Mediterranean Sea. God has not left us in the dark with regard to these things. In the prophetic Scriptures God has given us a full description of things to come.

He that sitteth in the heavens shall laugh!

The lamenting of the political classes today over the vote to leave the European Union reminds us that there is a God in heaven whose will is done.

I am reminded of the words of Psalm 2:4: He that sitteth in the heavens shall laugh: the Lord shall have them in derision.

I was sent these words by email this morning. There are from a hymn written by Anne Steele. They certainly express the thoughts of many Christians at a time like this.
Read more »
Posted by Rev Brian McClung at Friday, June 24, 2016 No comments:

Understanding of the Times

The Saviour rebuked them saying: O ye hypocrites, ye can discern the face of the sky; but can ye not discern the signs of the times? v3.

These Pharisees and the Sadducees did not understand that the time of the first coming of the Messiah had arrived. That first coming was prophesied extensively in the Old Testament Scriptures. These Pharisees and the Sadducees had the Scriptures but yet were blind to what they revealed. Others, like Simeon and Anna, knew that the season had arrived.

Further connections between the European Union and Scripture Prophecy

Historically, for some time, the European Union has been using imagery that has a very close connection with Scripture prophecy.

As far back as 1984 a postage stamp was released to mark the second election to the European Parliament. That stamp depicted a woman riding a beast. 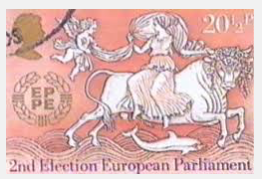 The European Union, Prophecy & The Woman in the Ephah

In 2012 when celebrating the 10th anniversary of the introduction of the euro the European Central Bank released a propaganda video.

This six minute short film commenced with a computer generated image of a woman emerging from a Greek urn before turning into a real life woman. She then proceeds to walks across a series of bridges linking the continent of Europe together. The voice over commentary speaks of the European common heritage, history, shared values and achievements, and that Europe builds bridges and inspires hope.

Here are screenshots from that film showing the woman emerging from the Greek urn. To watch the entire film click here 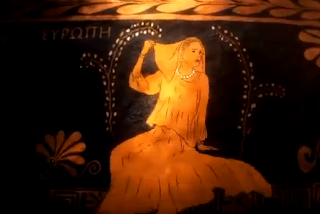 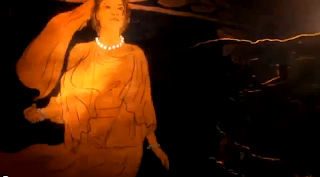 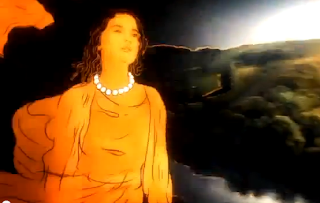 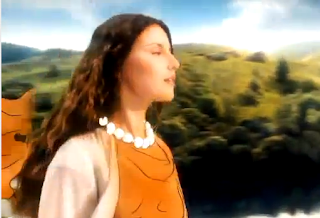 Posted by Rev Brian McClung at Thursday, June 02, 2016 No comments:

This is the first of two sermons considering the European Union in the light of Scripture prophecy.

Posted by Rev Brian McClung at Thursday, June 02, 2016 No comments: