Halloween - Its Pagan Origin and Connection with Ireland

This is a re-post of a previous article on this Blog regarding Halloween which appeared in 2012.

This is the outline of a sermon preached on the Pagan Origin of Halloween on 30th October 2005 in Newtownabbey Free Presbyterian Church.


When thou art come into the land which the LORD thy God giveth thee, thou shalt not learn to do after the abominations of those nations,
Deuteronomy 18:9. 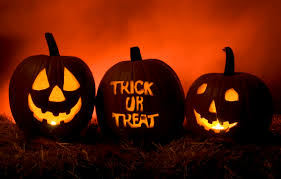 We are all aware of the type of celebration that goes on at this time of the year. People dress up in the most hideous clothes and masks, they have their lanterns, they go tricking and treating, they talk of ghosts, haunted houses and supernatural happenings and all things spooky.

Have we ever asked ourselves the question: where did this all come from?

An insight in the origin of halloween can easily be discovered when we remember that this festival is one of foremost important to the old pagan religion that sadly is still practised in society today. The Druids and those involved in witchcraft look upon the festival of Halloween as being of great importance. 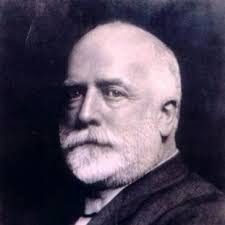 Men hope by the denial of God's existence to shield themselves from the discomfort of His acknowledged presence.

Reuben Archer Torrey was born in January 1856 and died in October 1928. He was an American evangelist, pastor, educator, and writer.

In 1889 R A Torrey joined D L Moody in his evangelistic work in Chicago and became superintendent of the Bible Institute of the Chicago Evangelisation Society.

Five years later, he became pastor of the Chicago Avenue Church in 1894.

The Unequal Conduct of the Equality Commission

The conduct of The Equality Commission for Northern Ireland has rightly been called into question in the wake of the victory at the Supreme Court for the Ashers Baking Co.

A number of unionist politicians have called for a review of the actions of The Equality Commission in the light of spending a vast amount of taxpayers' money on what was a wasted prosecution. See below.

Response from The Christian Institute on Ashers Baking Company Victory 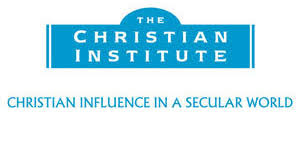 Click on image above to read the response of The Christian Institute to the landmark victory for the Ashers Baking Company at the UK's Supreme Court.
Posted by Rev Brian McClung at Wednesday, October 10, 2018 No comments:

A Good Day for Truth and Righteousness! 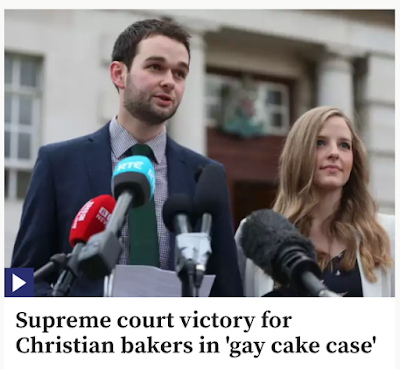 Click on image to read article in Belfast Newsletter

The Ashers Baking Company have today learned that they have won their case at the United Kingdom's Supreme Court. This is a good day for truth and righteousness!

The McArthur family, who run the Bakery, had won their case in the court of public opinion a long time ago when they were first taken to court by the iniquitous Equality Commission in Northern Ireland. Now they have legally won their case in the highest court of the land. The five justices on the Supreme Court were unanimous in their judgement.

It is no surprise to hear the liberals in the media and elsewhere whine and complain about the ruling. This is a set back for their intolerant agenda and they are not happy. In their utopian world everyone would be compelled to express support for that which God says is wicked and contrary to nature.

In a sermon entitled "NO COMPROMISE" preached, 130 years ago, at the Metropolitan Tabernacle on Lord's day morning 7th October 1888, C. H. Spurgeon stated the following about his own practice of 'secondary separation':

"That I might not stultify my testimony I have cut myself clear of those who err from the faith, and even from those who associate with them."

Spurgeon's text that morning was the words of Genesis 24:5-8: And the servant said unto him, Peradventure the woman will not be willing to follow me unto this land: must I needs bring thy son again unto the land from whence thou camest? And Abraham said unto him, Beware thou that thou bring not my son thither again. The LORD God of heaven, which took me from my father’s house, and from the land of my kindred, and which spake unto me, and that sware unto me, saying, Unto thy seed will I give this land; he shall send his angel before thee, and thou shalt take a wife unto my son from thence. And if the woman will not be willing to follow thee, then thou shalt be clear from this my oath: only bring not my son thither again. 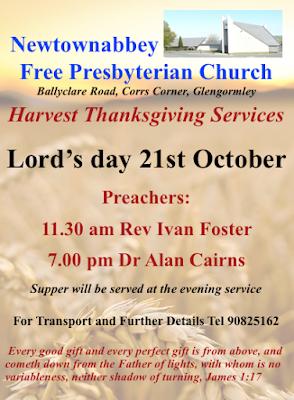 Posted by Rev Brian McClung at Thursday, October 04, 2018 No comments: