Let us learn what miserable creatures great men are, when they have no high principles within them, and no faith in the reality of a God above them. The lowest labourer who has grace and fears God, is a nobler being in the eyes of his Creator than the King, ruler, or statesman, whose first aim it is to please the people.

To have one conscience in private and another in public - one rule of duty for our own souls, and another for our public actions - to see clearly what is right before God, and yet for the sake of popularity to do wrong - this may seem to some both right, and politic, and statesmanlike, and wise. But it is a character which no Christian man can ever regard with respect.


Let us pray that our own country may never be without men in high places who have grace to think right, and courage to act up to their knowledge, without truckling to the opinion of men. Those who fear God more than man, and care for pleasing God more than man, are the best rulers of a nation, and in the long run of years are always most respected.

Men like Pontius Pilate, who are always trimming and compromising, led by popular opinion instead of leading popular opinion, afraid of doing right if it gives offence, ready to do wrong if it makes them personally popular, such men are the worst governors that a country can have.

They are often God's heavy judgment on a nation because of a nation's sins.

How very appropriate for the times in which we live!
Posted by Rev Brian McClung at Wednesday, May 30, 2012 No comments:

Of this I am satisfied, that the next coming of Christ will be a coming, not final judgment, but a coming to usher in the Millennium. I utterly despair of the universal prevalence of Christianity as the result of a missionary process.

I look for its conclusive establishment through a widening passage of desolations and judgments, with the demolition of our civil and ecclesiastical structures. ‘Overturn, Overturn, Overturn’, is the watchword of our coming Lord.

Thomas Chalmers
Posted by Rev Brian McClung at Tuesday, May 29, 2012 No comments:

Who's losing their moral compass????

It is more than the SDLP who have lost their 'moral compass'!!

It is just as morally wrong to prop up unrepentant terrorists in government as it is to criticise the imprisonment of a convicted bomber and an IRA gunman.

Studies in the Westminster Confession of Faith - Chapter One - Part 5


Part four - Chapter One continued
We come this evening to sections 5 & 6. Chapter One, Section 5 reads:
We may be moved and induced by the testimony of the Church to a high and reverent esteem of the Holy Scripture. And the heavenliness of the matter, the efficacy of the doctrine, the majesty of the style, the consent of all the parts, the scope of the whole (which is, to give all glory to God), the full discovery it makes of the only way of man's salvation, the many other incomparable excellencies, and the entire perfection thereof, are arguments whereby it doth abundantly evidence itself to be the Word of God: yet notwithstanding, our full persuasion and assurance of the infallible truth and divine authority thereof, is from the inward work of the Holy Spirit bearing witness by and with the Word in our hearts.
Proofs: 1 Timothy 3:15; 1 John 2:20,27; John 16:13,14; 1 Corinthians 2:10-12; Isaiah 59:21.

The Threefold Cord - the Importance of Christian Education

There is a great deal of speculation about the future of the Euro. Will the eurozone break up? Will Greece default and leave the Euro? Will she remain and struggle and thereby ferment nationalist tendencies among the Greeks?

One commentator, Philippa Malmgren, has taken a very different line than others do on the issue. She is a former economic advisor to George W. Bush during his presidential campaign. She believes that it is more likely that Germany will leave the Euro. This belief comes from a study of other nations that have left other common currency arrangements.

In a report entitled 'Checking out: Exits from Currency Unions' which analysed close to 70 different countries that have left a common currency arrangement, it was found that those nations who leave tend to be the larger, richer and more democratic ones and also tend to be those which have higher inflation.

This scenario would be very troubling financially and politically for Europe if the powerhouse of the European monetary system was to dramatically pull out.

Germany is growing ever more reluctant to bail our profligate nations such as Greece. 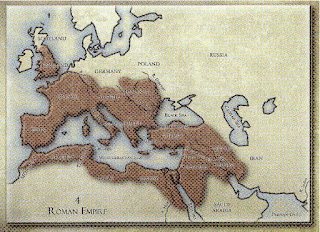 This would also be a very interesting development if the kingdom of Antichrist is to be based upon the outline of the old Roman Empire. Parts of Germany east of the Rhine and north of the Danube were never part of that ancient empire.

Benjamin Wills Newton adroitly explains these changes in chapter 3 of his book Prospects of the Ten Kingdoms of the Roman Empire. He specifically mentions the changes that must come within Germany.

It will be interesting to wait and see what developments will materialise. One thing is sure God's Holy Word will be fulfilled to the letter!

An inquest jury in Belfast has found that SAS soldiers 'acted in a controlled and professional way' when they shot dead two IRA members near farm buildings close to Loughgall, Co Armagh in October 1990. A victory for righteousness and common sense!

The inquest ruled that the IRA men's own actions had contributed to their deaths. It ruled that Grew and McCaughey: "put their lives in danger by being in the area of the sheds in the vicinity of a stolen car, which was expected to be used in terrorist activity." It went on to say that: "they were both armed with guns, wearing gloves and balaclavas and were approaching soldiers who believed that their lives were in immediate danger."

Terrorist sympathisers argued that it was part of a 'shoot to kill' policy being operated by the security forces.

These members of the murderous IRA received their just desserts. It's a pity that the same didn't happen to the rest of them as well. I for one don't have a problem with a shoot to kill policy for terrorists of any description.
Posted by Rev Brian McClung at Thursday, May 03, 2012 4 comments:

Here is a breakdown of page views for the month of April: 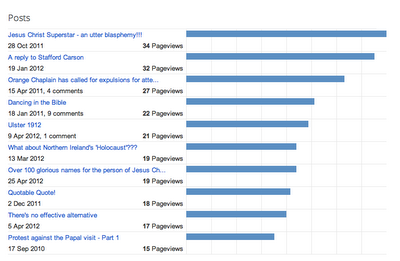 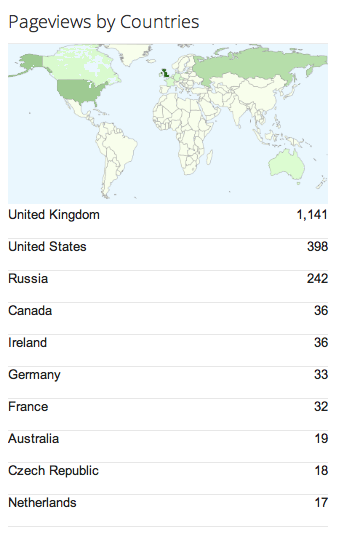 Posted by Rev Brian McClung at Wednesday, May 02, 2012 No comments:

Part Four:
76. Nazarene - And he came and dwelt in a city called Nazareth: that it might be fulfilled which was spoken by the prophets, He shall be called a Nazarene, Matthew 2:23.

77. Only Begotten Son - No man hath seen God at any time; the only begotten Son, which is in the bosom of the Father, he hath declared him, John 1:18.

78. Our Passover - Purge out therefore the old leaven, that ye may be a new lump, as ye are unleavened. For even Christ our passover is sacrificed for us, 1 Corinthians 5:7.

80. Prince of Life - And killed the Prince of life, whom God hath raised from the dead; whereof we are witnesses, Acts 3:15.