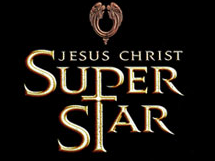 The planned production of the blasphemous Rock Opera, ‘Jesus Christ – Superstar’ had been running in the 19th Century picturesque Town Hall (situated in the centre of the Newry – and actually built on top of Newry River) since Tuesday 12th, and was scheduled to run until Friday 15th March.

Around 45 - 50 Free Presbyterians of all ages, including four ministers from local Churches, gathered on the footpath opposite the main entrance where we mounted our hour-long vigil.

Specially prepared Gospel tracts (along with other relevant materials) were distributed to patrons as they entered the building. Many commented on our presence and many of those actually thanked us for the printed material as well as the conversations we were able to enter into. Some who took the Gospel tracts, entered the building and actually came back outside to thank us for the information given to them.

Surprisingly – only one of those to whom we spoke to were openly antagonistic towards our protest – most notably, one of the principal actors from this blasphemous production (Judas from the ‘show’) made a point in engaging with us and attempted to defend the production by saying (among other things) that it was ‘...run by kids, for kids...’

This is of course, a very sad reflection on the state of our land today – so often the sin and reproach of a nation causes the young and the elderly to suffer first and the most – this fact is clear from what was said in an attempt to defend holding such offensive productions in our land today. 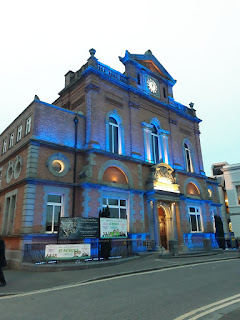 Our crowd of concerned protesters were, however, despite the cold air, in fine voice! Led by Rev. Daniel Henderson of Moneyslane FPC, we sang hymn after hymn, but rather than voices weakening, the volume actually seemed to get stronger and stronger as we raised our voices towards Heaven.

One comment was heard by the protesters relating how clearly our singing could be heard from within the theatre – our presence was clearly noted!

We started off by singing the well-known hymn, ‘I’m not ashamed to own my LORD, or to defend His cause...’, and then finished (some 45 minutes later) with, ‘There is power in the Blood of the LAMB.’

On the whole, the protest was held in a very positive light, and was well received by the vast majority of those who passed us by; to the extent that the theatre staff (upon completion of our protest) actually thanked us for such a peaceful presence.

‘To God be the glory – great things HE hath done.’