Bloody Mary had condemned hundreds of prominent English Protestants to death by burning at the stake, including Thomas Cranmer, Archbishop of Canterbury, the Protestant Bishops Ridley, Hooper and Latimer, the Bible translator John Rogers, and many others. Elizabeth I, on the other hand, was a champion for Protestantism.


Queen Elizabeth I’s golden age was not without it Romish opposition. Despite this Elizabeth reigned for 45 years establishing Protestantism as the religion of the kingdom and defeating Catholic Spain, the great military superpower of the age.

Throughout this golden age there was the constant threat of assassination to this Protestant Queen. It is reckoned that throughout her 45-year reign Elizabeth had to deal with over sixty conspiracies and attempts to assassinate her.

Jesuit revolutionaries and assassins were sent from Spain to reconvert England, sowing the seeds of revolt and treason. Elizabeth showed an astounding ability to survive countless conspiracies and assassination attempts. Only one of these attempts needed to be successful. With assassination the Protestant throne would collapse and back would come Roman Catholicism and the infamous Inquisition. 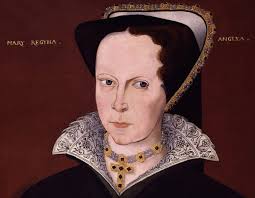 The court subsequently found Mary, Queen of Scots, guilty of plotting the charges. Queen Elizabeth I initially refused to sign her death warrant. However, under pressure from the members of Parliament, she was compelled on 7th February, 1587, to sign into effect the sentence of the court.

This brought to an end one source of conspiracy and intrigue against the Protestant Queen. Others still existed and at time posed a real danger.

Jesuit Conspiracies
Some years earlier in 1580 the Jesuits Edward Campion and Robert Persons arrived in England to plan an uprising against Queen Elizabeth I. At the same time an army of Spanish and Italian volunteers bearing papal banners, invaded Ireland. In 1583 a Catholic plot was uncovered that involved a number of English noblemen along with Phillip II of Spain, Mary Stuart and a Spanish plan for invasion. At the time Elizabeth expelled the Spanish ambassador and continued English support for the Dutch Freedom Fighters seeking to throw off the oppression of their colonial taskmasters in Spain.

Spanish Armada
The greatest threat posed by the Catholic monarchs of Europe was the Spanish Armada, launched by Phillip II of Spain. He had called the Catholic world to a Crusade against Protestant England. It was English finance and support that bolstered the Protestant cause in Scotland and Netherlands and helped resistance against the march of Catholicism in these countries. With Phillip having conquered Portugal and expanded Spain’s new world power, he ordered his admirals to assemble an Armada which could crush the Protestants in England once and for all.

By May 1588 Phillip II of Spain had prepared a fleet consisting of 130 ships, 2,400 cannon, and over 30,000 men. It was called 'The Invincible Armada'. This was the greatest naval force the world had yet seen.

Queen Elizabeth called the nation to prayer seeking for God’s intervention and protection against the invading Armada. Had the Spanish Armada succeeded Protestantism would have been dealt a death blow. 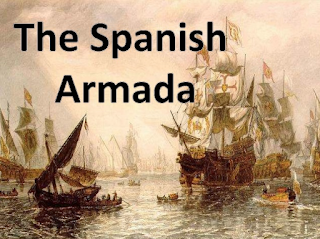 Queen Elizabeth addressed an English army of almost 20,000 men that had assembled at Tilbury. She said: I am come amongst you, as you see, resolved, in the midst and heat of the battle, to live or die amongst you all, to lay down for my God, and for my Kingdom, and for my people, my honour and my blood, even in the dust. I know I have the body of a weak and feeble woman, but I have the heart and stomach of a king, and of a King of England too, and think foul scorn that Parma or Spain or any prince of Europe should dare to invade the borders of my realm; to which, rather than any dishonour should grow by me, I myself will take up arms, I myself will be your general, judge and rewarder of every one of your virtues in the field.

Against all the odds the Spanish Armada never really got to the place where it threatened England. As soon as it set sail on 20th May the Armada was afflicted by strong winds and severe storms. Two of their 1,000 ton ships lost their masts. They had to put into port for repairs and and could not sail again until 12th July.


On 21st July scouts reported that 120 ships were making their way towards the English Channel from Spain. Beacons were lit all across England to alert the population to the danger. Church bells rang calling the people again to prayer for divine intervention and protection.

The English navy engaged these ships in battle a number of times over few days, as they sought to make their way up the English Channel to the Netherlands to pick up additional help.
There was one particular event which brought confusion and ruin to the Spanish Armada. It took place on 28th July. The English Navy lay upwind from the Spanish Armada. It was decided to fill eight ships with explosives, to then set these ships on fire so that they would drift, with the help of the current and the wind, towards the crowded Spanish fleet at anchor.

The Armada crews awoke to see these flaming ships drifting towards them and they panicked. The captains cut their cables, and made for the open sea heading east towards Dunkirk. Many collisions followed as they sought to make good their escape from the fire ships laden with explosives. Out in the English Channel they were engaged by the ships of the Royal Navy. Many Armada ships were sunk or damaged beyond repair. It was reported that those Spanish ships which did escape only did so because the English Navy had expended all their ammunition.

What was left of the Armada headed northwards seeking to sail up the coast of England, around the north of Scotland and down the coast of Ireland in order to reach Spain. They did not reckon on the rough seas, treacherous tides and strong winds.

Some of these ships which escaped the engagement in the English Channel were badly damaged and faced destruction as they sought to escape.Two of the galleons were driven so far by the winds that they were wrecked upon the coast of Norway. Upwards of another twenty ships were wrecked around the coast of Britain.

It took until October before what was left of the once mighty Armada reached Spain. It was stated at the time that the English navy had not lost a single ship. The victory was attributed to divine intervention. It was attributed to the divine wind that blew and scattered the enemies of Protestant England. A coin was struck to commemorate the victory bears the inscription in Latin: God blew and they were scattered. Catholic attempts, laid by the strongest powers at their disposal, were repelled with much rejoicing.
Another strategy of the Counter-Reformation had failed!
Posted by Rev Brian McClung at Friday, April 20, 2018