Open Day of Prayer for the work of Christian Education 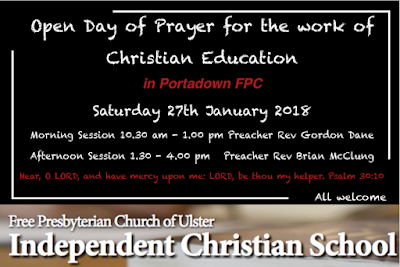 Posted by Rev Brian McClung at Sunday, January 21, 2018 No comments:

#5. Insurgence - To counter the Protestant Reformation Rome turned to the use of political and military force. Where natives in new lands in South America or people in European nations needed "convincing" to become Catholic or to return to Catholicism, Catholic rulers such as Phillip II of Spain and later the Holy Roman Emperor, Ferdinand II, used political and even military coercion, either to enforce Catholicism on all in a given area or to force those who wanted to remain Protestant to leave altogether.

There were the religious wars in Europe, including what was known as The Thirty Years war. There were numerous Catholic Conspiracies against Protestant nations including England and particularly Queen Elizabeth I, 1558–1580.

Across Europe from 1560-1715 there was the Age of Religious Wars. It is reckoned that between 1560 and 1715, Europe witnessed only thirty years of any semblance of peace. Romanism was being threatened on every hand, not only by the doctrines of Lutheranism but also by those of Calvinism. Biblical truth was spreading even into Catholic nations and Rome was not happy. Her answer was to wage war to the death upon Protestants, in Germany, Bohemia, France, Netherlands, England and Scotland. 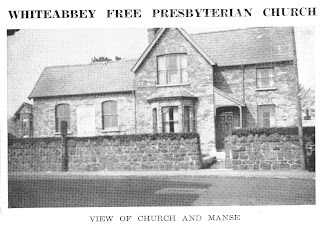 A few photographs have survived from 65 years ago.

The following, taken from the introduction of the history of the congregation which was compiled and published in 2003 to mark the 50th anniversary, will outline some of the details.

Beware of manufacturing a God of your own: a God who is all mercy — but not just; a God who is all love — but not holy; a God who has a Heaven for everybody — but a Hell for none; a God who can allow good and evil to be side by side in time — but will make no distinction between good and evil in eternity. Such a God is an idol of your own imagination! It is as true an idol as any snake or crocodile in an Egyptian temple — as true an idol as was ever molded out of brass or clay! The hands of your own imagination and sentimentality have made him. He is not the God of the Bible — and beside the God of the Bible — there is no God at all.

Posted by Rev Brian McClung at Tuesday, January 02, 2018 No comments: