Part Two - The Netherlands and England up to the days of Bloody Mary.

The Netherlands - Reformation truth had come down the Rhine from Germany in those heady days of Luther and was received with great fervour by the people. Later it was Calvinistic doctrine that was believed and practiced more than Lutheranism. 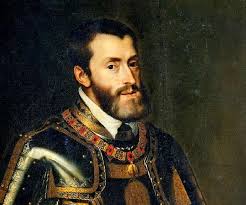 The Netherlands was one of the domains of Emperor Charles V. It has been stated that Charles V possessed more power in the Netherlands than he did among the German states and that he planned to demonstrate that power. The natural target was Protestantism for it was the object of his hatred. The Inquisition was introduced into the Netherlands and became the main instrument of the Counter-Reformation. These persecutions began around 1523 and continued during Charles V’s reign until 1555. It was estimated that 5,000 Protestants were martyred for their faith. Luther wrote to these sufferings saints seeking to encourage them in their trials.

The Counter-Reformation gained a strong political ally in Philip II, King of Spain. Philip II was the son of Charles V. Philip married Mary, the eldest daughter of king Henry VIII in 1554. Mary’s marriage to Philip II made them both powerful allies of the Counter-Reformation in England and in continental Europe. Philip was a member of the powerful Hapsburg family and nephew of Ferdinand, successor of Charles V as Emperor of the Holy Roman Empire.

Upon Charles V's abdication Phillip become King of Spain in 1556. He was a zealous enemy of Protestantism. He let it be known that his goal in life was to conquer the world for Spain and the Roman Church. He considered himself the chief defender of Catholicism in Europe, both against the Ottoman Turks and against the forces of the Protestant Reformation. 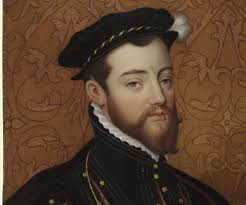 His patrimony in the Netherlands, where Protestantism had taken deep root, were among a number of other territories given to him besides Spain. In these territories he never relented from his fight against heresy, defending the Catholic faith and limiting freedom of worship within his territories.


He signalled that he would carry out his father’s policy with even more rigour. At first he left his half-sister Margaret as Regent of the Netherlands. She relented and promised the Dutch that she would not use the Inquisition as long as there was no disorder that drew Philip’s attention to this part of his kingdom.

By 1566 Philip was more demanding in requiring Margaret to enforce his policy of persecution against the followers of the Reformation. All his subjects were to accept the decrees of the Council of Trent. all who refused were to be required to be delivered into the hands of the Inquisition.

Opposition to Philip was led by William the Silent, Prince of the House of Orange. Following a revolt in 1568, Philip waged a campaign against Dutch heresy and secession. It also dragged in the English and the French at times and expanded into the German Rhineland with the Cologne War.


While many lost their lives the Reformation continued to take root and flourish. It was not until 1609 that Holland finally obtained its freedom from the yoke of Spain and the Pope. 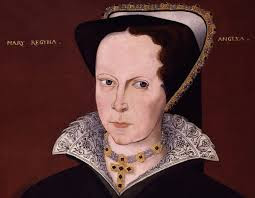 England up to the days of Bloody Mary  - By the 1530s when the Counter-Reformation is officially said to have commenced Reformation truth was well established in England. The intrigues of King Henry VIII had brought about a break with Rome and the appointment of Thomas Cranmer as Archbishop of Canterbury. Acts of Parliament were passed making the new arrangements lawful. The monasteries, which were strongholds of Popery in England were dissolved.

In 1533 Anne Boleyn give birth to a daughter who would later become Queen Elizabeth I. However, King Henry VIII took a new wife, who was Jane Seymour. She gave birth to a son, Edward. It was Edward, aged only nine, who succeeded his father in 1547. He reigned for less than seven years dying in 1553.

From 1547 - 1553 the Reformation in England flourished, with the blessing of the boy king Edward and by the labours of Cranmer who was wholly converted to Protestantism and others.

All this changed with the death in 1553 of King Edward. An Attempt was made to put Lady Jane Grey on the throne but this failed and Mary, daughter of Henry VIII and Catherine of Aragon, came to the throne in July 1553. Unlike Lady Jane Grey, Mary was a fervent Romanist in the mould of her mother Catherine of Aragon. ‘Bloody Mary’, as she shortly became known, conducted a relentless campaign against the Protestants of England. She was determined to re-establish Roman Catholicism in England. During her five year reign of terror she conspired to have Reformers, Bishops and Bible translators burned at the stake. Nearly 300 Protestants were burned at the stake, including notable men such as Hugh Latimer, Nicholas Ridley, Thomas Cranmer, John Bradford, John Hooper and Robert Ferrar. Philip II, Mary’s husband was a willing aid in this reign of terror.
Posted by Rev Brian McClung at Friday, February 23, 2018